🚧 Sorry! Parts of my site are still under construction. 🚧

If you have any questions, please view my temporary portfolio HERE and contact me directly at michelleytlock@gmail.com! 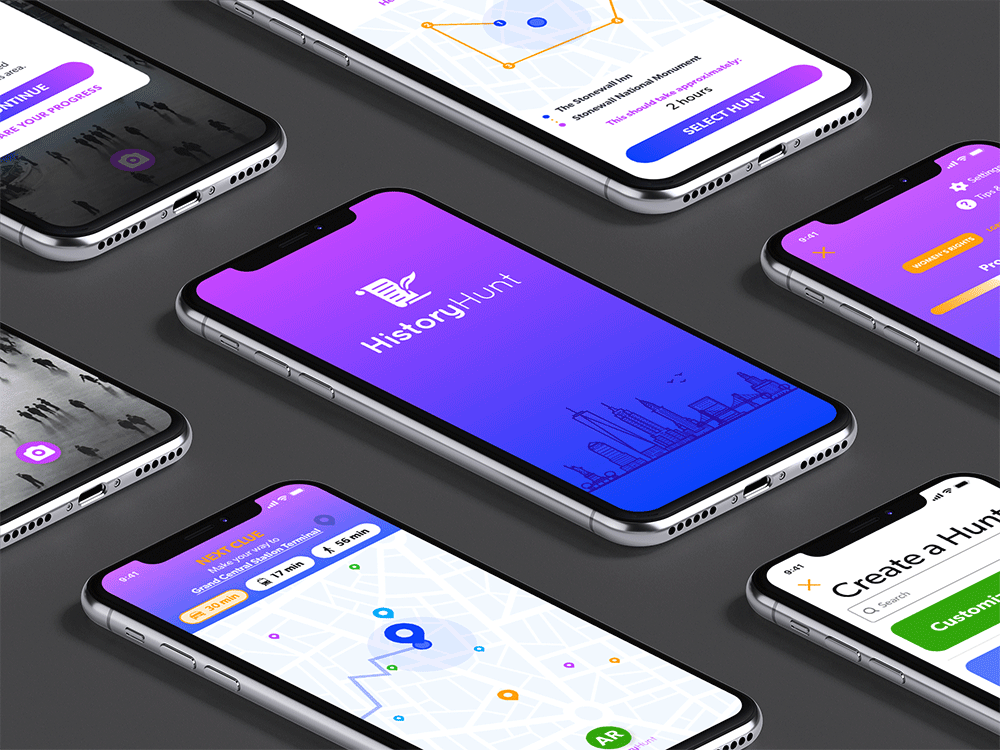 Back to All Projects

A mobile application for the urban explorer, embarking on scavenger hunts for historical locations in their cities.

Have you ever walked around a city and wondered something like, "I wonder what it was like to walk on this street 50 years ago." Or heard things like, "did you know there's a secret train station underneath the Waldorf Astoria?"

History Hunt is a mobile scavenger hunt app for curious, nostalgic adventurers. Users can learn about their city's history and explore what it used to look like through fun, interactive, augmented reality experiences. This is an educational gaming app that can be tailored to each user while involving friends through competition and social sharing.

This project was created as part of CareerFoundry's UX Immersion course. 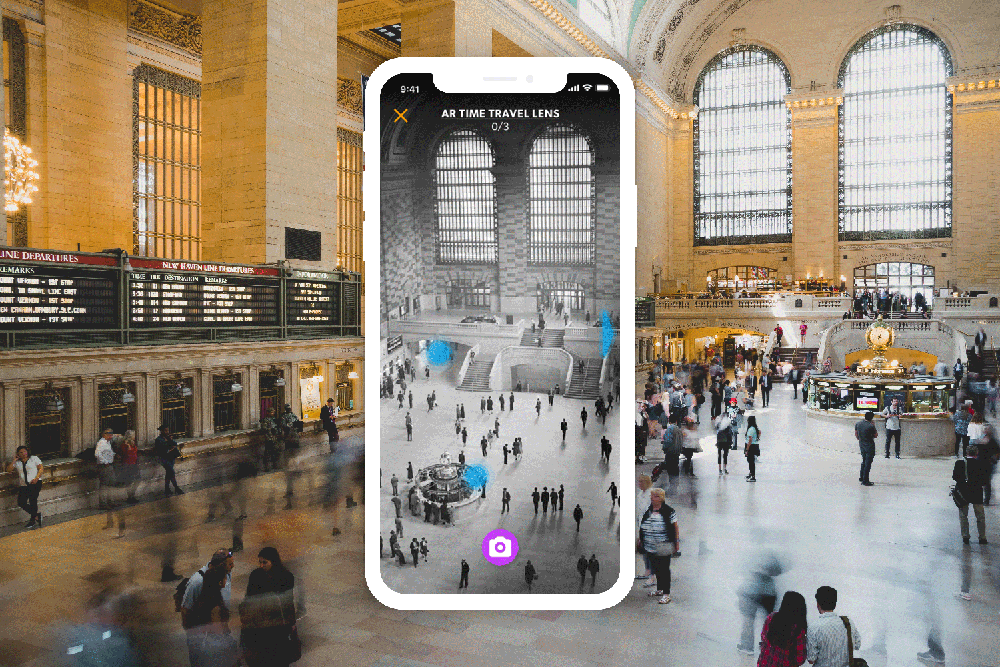 Enable players to enjoy social scavenger hunts for real objects and locations in their own cities.

Users need a fun way to learn about their cities through adventure and exploration because they want to be knowledgable about history and share with their friends.

First, I identified and researched other scavenger hunt apps to look at their strengths, weaknesses, opportunities and threats. This is an important step to me because I can get an idea of what user needs need to be fulfilled or what user problems are being solved (or not solved). I also looked into apps using augmented reality technology.

Key findings were that all of these apps lacked a purpose beyond just endlessly searching for random objects. They could also just be replaced with a free, in-person walking tour guide.

Pokemon Go showed me that AR features could be integrated with navigation to enhance the user experience, bringing the screen's content even closer to the user's reality.

I conducted user surveys and user interviews with the main goal of looking at general attitudes towards scavenger hunts, geolocation, augmented reality and learning history. Using insights from these research methods, I was able to pinpoint common trends and themes.

Using the trends and themes informed by research, I created user personas. Focusing on user motivations, behavior and challenges, I created 3 design personas:

The Friend Who's Always Out and About (Adventurer)

The Friend You Should Always Bring to Trivia (Intellectual)

The Friend Who's Always First with Anything New (Trendsetter)

The next step in the user-centered design process to gain a deeper understanding of users is creating user journey maps to visualize what processes users go through in order to accomplish their goals.

I mapped out task flows created in the context of the personas. It is important to know the types of actions users will take and why. By having an entry point, success criteria, and a process flow, I can determine what users need to do in order to complete their goal.

To outline the hierarchy of the app, I created a preliminary site map. I decided to do a card sort with participants to see how users would organize the information. Based on patterns I found in the results, this helped me evaluate my site map and gave me ideas on how to better the architecture of the app.

There's a couple reasons why I like to quickly sketch and annotate what I think the design should look like.

I did usability tests with a mid-fidelity, black and white prototype on an iPhone XS. The objectives were:

These tests showed me many problems, including needing more onboarding, confusion on how to find out the progress, difficulty customizing scavenger hunts and uncertainty about how to access augmented reality.

Based on the results, I made changes to the prototype before creating a high-fidelity color version. This usability testing was an important step for me because I discovered a lot of issues users had that I did not see that were important to fix.

During these tests, participants expressed positive sentiments of wanting to use the app for real once they understood what the app was.